A report by the Federal Audit Office in Germany (BRH) reveals one of the biggest scandals during the corona pandemic in Germany. German hospitals manipulated utilization rates at intensive care facilities to receive financial support from the government. The federal government had reportedly known about the fraud for months but kept it secret. This is as reported by the German news website Bild.

Chancellor Angela Merkel warned in October last year that “the health system could reach its limits within weeks.

“The Association of ICU physicians (DIVI) has just pointed out the worsening situation,” it read at the time. Barely a week later, Health Minister Jens Spahn also warned that “it will be too late when the ICU wards are full of corona patients.”

In mid-November, the new law surrounding hospital funding comes into effect. Condition: money only goes to hospitals if less than 25 percent of ICU beds are free. Bild reports not much later, based on various sources, that the number of free ICU beds is higher, and the alarming reports of a shortage are exaggerated.

The Robert Koch Institute (RKI), the German counterpart of Sciensano, contacted the Ministry of Health in January. It suspects “that some hospitals were reporting more occupied ICU beds than was actually the case.” This is reportedly evidenced by “several phone calls and numerous emails.” The situation can no longer be estimated precisely, the RKI warns. 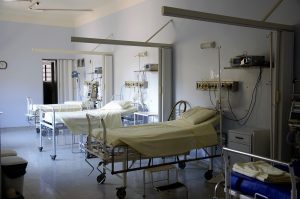 A few months later, in April, Merkel says that “the doctors in ICU are making one call for help after another.” Now the question arises of how dramatic the situation really was in German hospitals, Bild writes. “What did the chancellor know about the gigantic manipulation reported by RKI?” In all hospitals except Schleswig-Holstein, less than 25 percent of ICU beds were free on June 7 this year. This is shown in a chart by BILD based on data from the DIVI-Intensivregister.

The Federal Ministry of Health said that the RKI had pointed out that “the fears could not be substantiated with data or analysis.” Despite the “concrete information” from the RKI’s letter, “there were no reliable findings that showed that the number of ICU beds taken reported was higher than was actually the case.”

Also, the Federal Ministry of Health states that it “took immediate action in response to the RKI’s fears to counter the possible situation at various levels.” The Minister of Health “was informed of possible contradictions in the reports.” However, a government spokesperson for the Chancellery told Bild that it had “no knowledge” of cheating with the occupancy rate in intensive care.